Eelco chooses death by legal euthanasia. A film about his mission, breaking the taboos, but also about intense fellowship and farewell.

The last moments of a man with mental unbearable and hopeless suffering. He is tired of life and chooses death, by legal euthanasia. What do those moments look like? It was Eelco’s wish to record the last stage of his life but also to show the world how his bereaved deal with his death afterwards. His mission: to bring mental suffering and death as a solution into the open in our society. A heavy social mission, but the result is mostly an intimate film about friendship and letting go. Under strictly specified circumstances, physicians in the Netherlands are allowed to perform euthanasia and assisted suicide at the request of a patient. The criteria include a voluntary and well-considered request from the patient, unbearable suffering without any prospect of improvement, and the lack of a reasonable alternative.

We are available for screenings of "A Dignified Death" including an after-talk. Depending on the needs of your organisation or company we can ask Eelco’s mother, sister or a physician who has experience with euthanasia, to join us. The screening with after-talk is very useful and interesting for professionals working in the care-system and for relatives or friends of people with psychiatric problems and/or a death-wish. Feel free to contact us to talk about all possibilities. 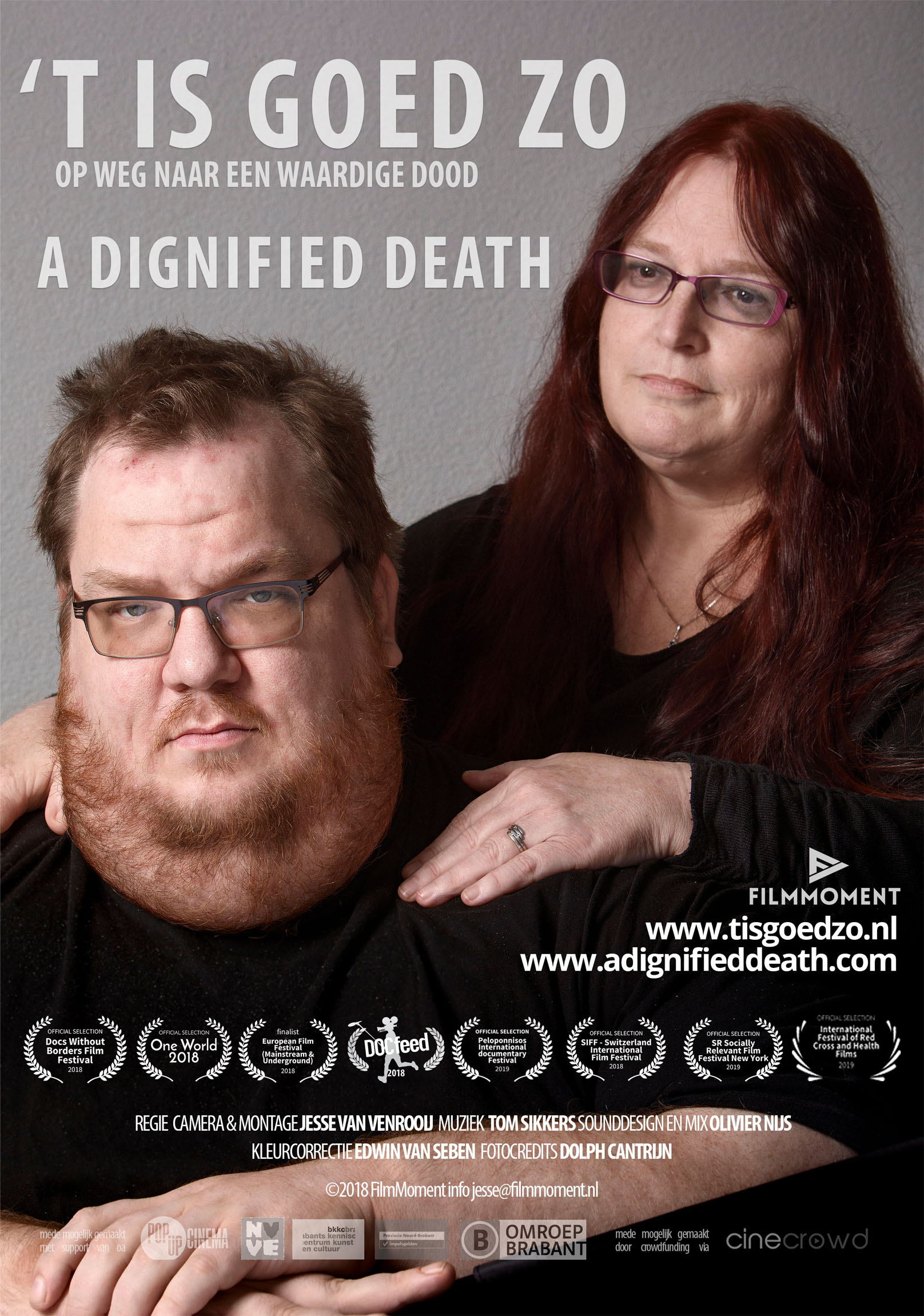 In 2013 I met Eelco at a project called BroedplaatsZ, in which people that needed care started blogging and using Twitter in order to show what their lives looked like. Eelco was one of the three people whom I made a small documentary about. Death was a much-discussed subject and for Eelco it had been his whole life. In 2016 he knew for sure that it was his time to die, because of his unbearable and endless suffering. He did not want to commit suicide, he wanted it the ‘legal way’. Under strictly specified circumstances, physicians in the Netherlands are allowed to perform euthanasia and assisted suicide at the request of a patient. The criteria include a voluntary and well-considered request from the patient, unbearable suffering without any prospect of improvement, and the lack of a reasonable alternative.

Because Eelco had been trying to tackle the stigma concerning mental suffering for a very long time, he wanted his last stage to be recorded. And so he asked me to show a beautiful and honest story about his last mission. Because I knew him and supported him, I decided to do so, with dignity and respect. Of course, I do that with my own vision, style and input as a director. I believe that as a society we need to be broad-minded and nuanced on euthanasia. With this work I hope to contribute to that idea. Telling a personal, but also relevant story, without judgement, is my mission. And together with Eelco’s request it is my motivation for making this film: to show the other side.

DOCfeed on Tour @ Bibliotheek in Waalre